It Will Never Happen to Me 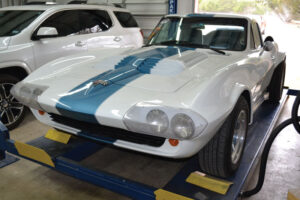 Paul has been a gear head most of his life.  He started out in the hobby early on by racing motorcycles in Oklahoma and Texas.  That segued into vehicles with four wheels soon after.   Paul says, “What really got me started collecting vehicles was when I first bought my 1970 Mustang GT350. I’ve owned that close to 35 years”. Being involved in numerous car clubs like Mustang Club of America, The National Corvette Museum and Team Shelby kept him active in the hobby as well. Throughout the years Paul had built up a great collection containing a 2014 Corvette, 1965 Grand Sport Replica Corvette, 1988 Corvette Challenge Car, 2008 Mustang GT500 and a 1970 Ford GT350. Paul says, “It’s always hard choosing your favorite car in the collection but mine had to be the 1963 Grand Sport Replica”. Paul’s wife even got into the hobby when she picked up the 2008 GT500 11 years ago. 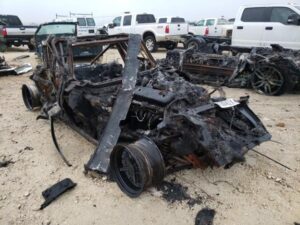 No one plans on having a total loss in insurance, much less 3 total losses but sadly Paul Read experienced that in just one day. On a frigid February morning in Texas, in a detached garage, home to several collector vehicles Paul found himself trying to save his prized possessions that had just gone up in flames. 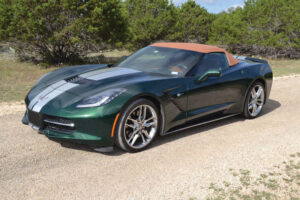 That February day was not just any other day but was special since it was Paul’s birthday. Paul recalled doing some work out in the garage, accompanied by a couple space heaters, that morning when he came inside to make a phone call. Him and his wife had planned on going to Sebring but had to call and cancel the reservation last minute. “when I walked in the house, I remember the power going off inside but didn’t think to much about it since rolling brown outs were common this time of year.” He then retreated to the garage to finish cleaning up when he noticed smoke starting to form around the door. “I immediately opened the door and black smoked came rolling out”. Read then proceeded to crawl under the smoke to try and open the garage door. “I was able to get the garage door open and tried to grab the keys to the cars but when I did, I could hear the C7 Corvette try and turn over and immediately took off running back. I tried calling the Fire Department, but the damage was already done, and the garage was in flames”. 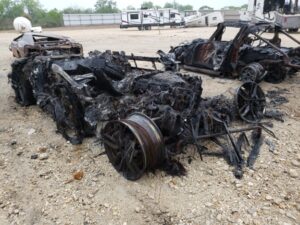 Paul reached out to us the very next day to start the claims process. “I was immediately assigned a claims adjuster who reached out to me to explain the process” he also says “within a few days an appraiser was sent out to access the damage, try to figure out what caused the fire and take pictures” “American Moderns claims team was great to deal with constant communication throughout the process and within 3 weeks I had a check in my hand and was able to go out and buy a C7 Z06 and 2018 GT350 to try and start the collection process again!” “when you start to shop insurance, you mainly focus on the cost of insurance and not the claims reputation. You never plan on having a claim just paying the insurance on time. This is a great example of why NCM Insurance has great rates but an even better claims team” 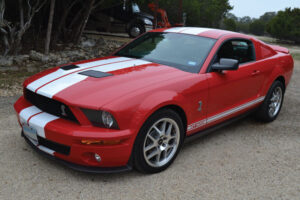 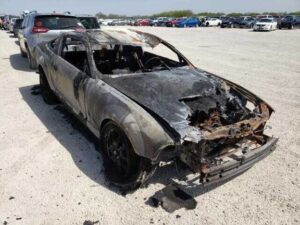